Bunnik, The Netherlands, 30 September 2015. AM‐Pharma B.V., a biopharmaceutical company focused on the development of recAP (recombinant human Alkaline Phosphatase), today announces the publication of two papers on recAP for the potential treatment of Acute Kidney Injury (AKI). The first, published in the British Journal of Pharmacology (BJP), describes recAP’s likely mode of action to protect against tissue damage during renal inflammation. The second, published in the International Journal of Pharmaceutics, covers the biodistribution and pharmacokinetics of recAP in relevant animal models.

The first author of both papers was Esther Peters (Department of Intensive Care Medicine, and Department of Pharmacology and Toxicology, Radboud University Medical Center, Nijmegen, The Netherlands). In the BJP paper, the investigators used in vitro models to show that recAP attenuated lipopolysaccharide (LPS)-induced and adenosine triphosphate (ATP)-mediated inflammation in human peritubular epithelial cells (kidney barrier cells). As such, the investigators concluded that recAP’s anti-inflammatory mode of action in this model, likely results from its dephosphorylating enzymatic activity of LPS and ATP. Additionally, kidney function (measured as glomerular filtration rate) was improved, as demonstrated by FITC sinistrin clearance, in rats exposed to an LPS-challenge and receiving recAP versus placebo.

In the second paper, the researchers firstly investigated biodistribution of recAP in rat and minipig models to support dose selection for clinical trials. The investigators used rats with LPS-induced AKI and observed distribution of recAP throughout the body. They observed that the liver was the primary site of accumulation, where recAP is cleared from the body.

The research also included pharmacokinetic studies in rats and minipigs to measure plasma concentrations of recAP after single and multiple doses. recAP exhibits a linear-dose exposure relationship and clearance in a biphasic manner. Repeated dosing in both models was well tolerated.

“These two papers further strengthen the dossier of research around recAP,” said Erik van den Berg, CEO of AM-Pharma. “The recAP dosing intelligence from the studies is already being implemented in our clinical programmes in AKI.”

AAM‐Pharma is a biopharmaceutical company focused on the preclinical and clinical development of recAP (recombinant Human Alkaline Phosphatase) as a treatment of Acute Kidney Injury (AKI), Ulcerative Colitis (UC), and Hypophosphatasia (HPP). Based on strong results from Phase II trials with bovine Alkaline Phosphatase in AKI and UC, AM‐Pharma developed an innovative recombinant form of human Alkaline Phosphatase (recAP), which is currently in Phase II development for sepsis-associated AKI. In May 2015, AM-Pharma signed a deal with Pfizer, which made an upfront payment of $87.5 million for a minority equity interest, and exclusive option to acquire the Company, with additional potential payments of up to $512.5 million upon option exercise and potential launch of any product that may result from the agreement.

Acute Kidney Injury (AKI) involves inflammatory processes in the kidney which can lead to complete loss of renal function. Hospital‐acquired AKI affects annually around 3 million patients in Europe, the US and Japan, and is associated with mortality in roughly 700,000 patients. It occurs in as many as 4% of hospital admissions and 40% of critical care admissions. Depending on the severity and cause of renal injury, mortality ranges from 10% to as high as 70%. In the US alone, hospitals spend around $10 billion each year on managing this major medical problem. The most important causes of AKI are sepsis, cardiovascular surgery, exposure to nephrotoxic drugs and trauma. AKI patients that need dialysis have the worst prognosis. Currently the only treatment option is dialysis and supportive care. No drugs are approved to treat this condition. Typically these patients are treated in Intensive Care, often with support of nephrologists. 1, 2, 3

About recAP
AM-Pharma’s therapeutic candidate, recAP (recombinant Alkaline Phosphatase), is a proprietary recombinant human AP constructed from two naturally occurring human isoforms of the AP enzyme, which is highly stable and active. It is in Phase II development for the potential treatment of AKI, with the potential to be developed for HPP. An oral formulation may be developed for the treatment of UC. The enzyme is produced by cGMP manufacture for preclinical and clinical trial supply and commercialization. 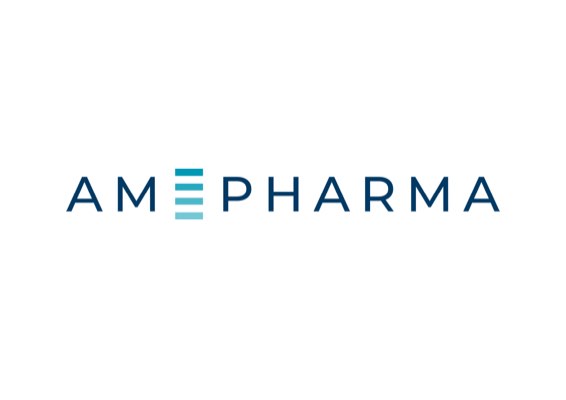 Overall deal value is up to EUR 245 million.

AM-Pharma Appoints Mark Altmeyer as Chairman of its Supervisory Board