Mataró, Barcelona, Spain and Lugano, Switzerland, February 20, 2018 – Minoryx Therapeutics and Gain Therapeutics announce today the spin off of the Minoryx Site-directed Enzyme Enhancement Therapy (SEE-Tx) platform into Gain Therapeutics, a new company that will focus on using this platform to identify the next generation of non-competitive pharmacological chaperones.

Gain Therapeutics, funded by private Swiss investors and by the TiVenture fund has its headquarters in Lugano (Switzerland), with a branch operating from Barcelona (Spain).  Researchers from the Minoryx laboratory at the Barcelona Science Park joined the new spin-off, under the scientific management of Dr Xavier Barril, ICREA researcher and co-founder of Minoryx Therapeutics, inventor of the technology.

This new spin-off is part of Minoryx’s business strategy, in order to concentrate the company’s efforts on the clinical candidate MIN-102.

“This deal validates the SEE-Tx platform and its great potential for identifying a new generation of pharmacological chaperones with improved properties,” said Dr Marc Martinell, co-founder and CEO of Minoryx Therapeutics. “It will also allow Minoryx to focus on its clinical candidate, MIN-102, which is now in phase II/III clinical trials for the treatment of X-linked adrenoleukodystrophy and in preclinical development for other orphan CNS diseases.”

“We are delighted to build on the excellent work done by Minoryx’s team. Using the SEE-Tx platform, it has already identified molecules that have the potential to become novel therapies for the treatment of several devastating rare diseases,” said Dr Lorenzo Leoni, managing partner of TiVenture and ad-interim CEO of Gain Therapeutics. “We will invest in the further development of these molecules that should lead to the identification of clinical candidates in at least two independent programs. We are also happy to strengthen the cooperation between Barcelona and southern Switzerland, two regions with high innovation potential in the biomedical field.”

Within personalized medicine, pharmacological chaperones are one of the therapeutic approaches of the future, with significant advantages over other treatments for rare metabolic diseases. This approach is based on using small molecules with a good pharmacokinetic profile to rescue mutated proteins whose loss of function is at the root of many rare diseases.

The technology developed by Minoryx, now licensed to Gain Therapeutics, uses the three-dimensional structure of proteins originating from a patented computational technology initially discovered by the Barril Lab, University of Barcelona. “With this innovative technological platform we can discover improved pharmacological chaperones for rare genetic diseases with a high unmet medical need,” said Dr Barril.

Gain Therapeutics (www.gaintherapeutics.com) is a preclinical stage biotech company developing a class of next generation pharmacological chaperones for the treatment of devastating rare diseases using the SEE-Tx technology. The company has five discovery programs at various stages of development, all of which validate the platform and offer significant partnering opportunities. Gain Therapeutics was established in 2017 by experienced biotech entrepreneurs. It is financed by TiVenture (www.tiventure.ch), a seed and early stage venture capital fund investing in technology-driven companies in southern Switzerland belonging to the Fondazione Centenario BancaStato.

Minoryx is a clinical stage biotech company leading the development of new therapies for X-linked Adrenoleukodystrophy (X-ALD) and other inborn errors of metabolism, a group of rare diseases of genetic origin with a high unmet medical need. The company’s leading program is MIN-102, which has multiple CNS indications beyond X-ALD. The Minoryx team is made up of a group of drug discovery and development experts with several decades of experience in biotech and pharma. The company is backed by a syndicate of experienced investors and has support from a network of other organizations. Minoryx was founded in 2011 and has to date raised a total of €24.4M. 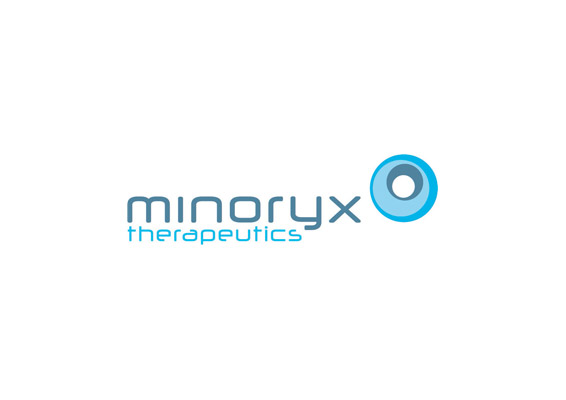