Paul Cornelison and Michael Webb have previously held senior management positions at top medtech companies and successful start-ups. In addition, both have extensive knowledge of the heart pump industry. They are joining CorWave as Vice President, Regulatory Affairs, Quality Assurance and Clinical Affairs (VP RAQACA) and Vice President, Manufacturing. Paul will lead activities focused on preparation for and operation of clinical trials, as well as head the Regulatory and Quality functions, while Michael will be in charge of transferring the product from R&D to manufacturing. Coming respectively from the USA and Australia, they both have chosen to move to Paris Region to join CorWave’s teams and contribute to the company’s mission: save heart failure patients and offer them an active life.

Paul Cornelison (see interview here) will oversee formal verification testing in consultation with regulatory authorities, develop and oversee CorWave’s quality system and prepare for the launch of the clinical trials. Prior to joining the company, he managed 10 first-in-human trials in the USA and in Europe, conducted 5 Early Feasibility Studies (EFS) in conjunction with FDA and 5 CE Mark trials, and obtained more than 20 CE Marks and 15 Premarket Approvals (PMA) from FDA. During his 30-year career, he has acquired a unique expertise in implantable cardiac devices. Former VP RAQACA of CardiAQ Valve Technologies, a transcatheter valve start-up acquired by Edwards Lifesciences for $350 million, he has also developed an extensive knowledge of cardiac assist devices (first at Arrow, then at Abbott as a consultant) and cardiac active implantable medical devices (notably at Telectronics, now Abbott’s Cardiac Rhythm Management division).

Michael Webb (interview here) will be responsible for the industrialization of CorWave LVAD, including engineering, supply chain and production. During his career, he has worked on the process development and manufacturing of two different companies in the mechanical circulatory support space. These efforts contributed to the support of over 18,000 heart failure patients around the world. In the early 2000s, he helped transferring the VentrAssist cardiac assist system from R&D to production as part of the launch of clinical trials in Europe, Australia and the United States. He then joined HeartWare where he contributed to the ramp-up of HVAD production, from the first commercial implants (a few hundred units per year) to fully-fledged production (several thousand units per year), leading the expansion of the Florida-based cardiac pump manufacturing plant. He was Director of Operations Engineering at HeartWare when the company was acquired for $1.1 billion by Medtronic.

Louis de Lillers, CEO of CorWave, commented: “We are delighted to have Paul and Michael joining CorWave. They are among the best in the world in their field and their arrival confirms the attractiveness of CorWave. Both have played important roles in successful start-ups that generated overall more than a billion dollar in value creation. Their experience will enable us to extend our operational excellence to our regulatory, clinical and industrial activities. These top-level recruits are in line with our ambition to become a global leader in circulatory support. Paul combines expertise in heart pumps, knowledge of recent clinical and regulatory developments (particularly in the USA) and experience in scaling up a quality system. Michael has enabled the manufacturing of thousands of cardiac pumps, accompanying the start of clinical trials and then the commercial take-off. He understands the high standards and expertise associated with manufacturing these life-sustaining devices.”

CorWave is a French company that develops innovative cardiac assist devices. CorWave’s wave membrane is a breakthrough technology that differs from today’s commercially available left ventricular assist devices (LVADs) by its physiological operation, including the ability to mimic a pulse and blood flow rates similar to those of a healthy heart. Ultimately, CorWave’s membrane pump technology is expected to reduce the complications associated with current devices and improve the management of heart failure patients. CorWave was founded in 2012 by start-up studio MD Start and is funded by renowned investors including Bpifrance, EIC Fund, 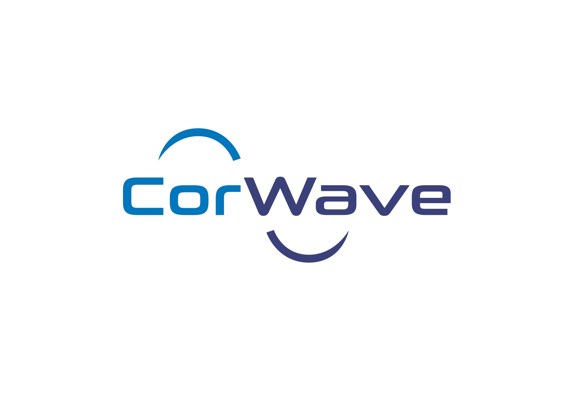 CorWave received the Medtech Award, which recognizes a medical device or diagnostic company that has distinguished itself over the past two years.

CorWave Successfully Performed a 90-Day In Vivo Study on Its Revolutionary Cardiac Pump Synchronized With the Native Heart, Results Presented at ASAIO Meeting

These data confirmed the ability of the CorWave pump to provide chronic circulatory support with exceptional hemocompatibility.

CorWave Successfully Performed a 90-Day In Vivo Study on Its Revolutionary Cardiac Pump Synchronized With the Native Heart, Results Presented at ASAIO Meeting

The results of the 90-day in vivo study were reported during an oral presentation entitled "Design Optimization of the CorWave Membrane LVAD."