“During the third quarter of 2017, Kala strengthened its financial position by closing a successful initial public offering resulting in gross proceeds of $103.5 million, which we estimate will allow us to complete clinical development, and prepare for the commercialization of INVELTYSTM (KPI-121 1%) and KPI-121 0.25%,” said Mark Iwicki, Chairman and Chief Executive Officer of Kala Pharmaceuticals. “Based on the positive results of two Phase 3 clinical trials of INVELTYS for the treatment of inflammation and pain in patients who have undergone cataract surgery, we submitted a New Drug Application (NDA) with the U.S. Food and Drug Administration (FDA) in October. We expect to receive topline results from the Phase 3 clinical program for KPI-121 0.25% in patients with dry eye disease by the end of 2017.”

INVELTYS™ (KPI-121 1%) is a twice-a-day corticosteroid for the treatment of inflammation and pain following ocular surgery. INVELTYS utilizes Kala’s proprietary mucus-penetrating particle (MPP) technology to enhance penetration into target tissues of the eye. In pre-clinical studies, MPP technology increased delivery of a corticosteroid into ocular tissues more than three-fold by facilitating penetration through the tear film mucus. INVELTYS has successfully completed two Phase 3 clinical trials and achieved statistical significance for both primary efficacy endpoints in both trials. Kala believes INVELTYS has a favorable treatment profile compared to the standard of care for the treatment of inflammation and pain following ocular surgery, due to its twice-a-day dosing regimen and rapid onset of relief. In each of these trials, INVELTYS was well tolerated with no treatment-related serious adverse events observed.

Kala is developing KPI-121 0.25% for the temporary relief of the signs and symptoms of dry eye disease utilizing a two-week course of therapy administered four times a day. Dry eye disease is a chronic, episodic, multifactorial disease affecting the tears and ocular surface that can result in tear film instability, inflammation, discomfort, visual disturbance and ocular surface damage. KPI-121 0.25% utilizes Kala’s MPP technology to enhance penetration into target tissue of the eye. In preclinical studies, MPP technology increased delivery of a corticosteroid into ocular tissues more than three-fold by facilitating penetration through the tear film mucus. Kala believes that KPI-121 0.25%’s broad mechanism of action, rapid onset of relief of both signs and symptoms, favorable tolerability profile and potential to be complementary to existing therapies, could result in a favorable profile for the management of dry eye flares and other dry eye associated conditions that would benefit from temporary relief of dry eye signs and symptoms. Following the achievement of successful results in a Phase 2 trial, Kala is currently evaluating KPI-121 0.25% in two Phase 3 clinical trials in patients with dry eye disease. If approved, KPI-121 0.25% could be the first FDA-approved product for the short-term treatment of dry eye disease.

Kala is a biopharmaceutical company focused on the development and commercialization of therapeutics using its proprietary mucus-penetrating particle (MPP) technology, with an initial focus on the treatment of eye diseases. Kala has applied the MPP technology to a corticosteroid designed for ocular applications, resulting in two lead product candidates.  The product candidates are  INVELTYSTM (KPI-121 1%) for the treatment of inflammation and pain following ocular surgery, for which we have submitted a NDA, and KPI-121 0.25% for the temporary relief of the signs and symptoms of dry eye disease, currently in Phase 3 clinical development. 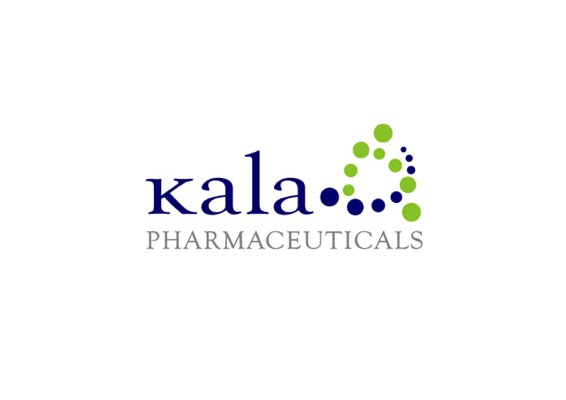