Under the terms of the agreement, Vivet will continue to advance the preclinical studies for VTX-803 and VTX-802 for PFIC3 and PFIC2, respectively. Mirum has the exclusive option to license the programs after which Mirum would lead the clinical development and any future commercialization of the programs. Until that time, Mirum will provide funding to support the continued research and development costs associated with the two gene therapy programs.

“This gene therapy collaboration will work to address the root cause of PFIC3 and PFIC2 and provide an option for patients who do not respond to ASBT inhibition,” said Chris Peetz, president and chief executive officer at Mirum. “We are encouraged by the expertise and dedication of the Vivet team to develop next-generation gene therapies that have the potential to transform the lives of patients and their families. There are clear synergies in our combined missions to help the people who need it the most.”

“Mirum’s dedication to the treatment of cholestatic liver diseases and those rare diseases for which there are limited medications make them a great partner to potentially develop and bring to market VTX-803 and VTX-802,” said Jean-Philippe Combal, chief executive officer and co-founder of Vivet. “Their leadership in rare liver disease and in particular PFIC, is important as they not only understand the urgent need for patients but also that today’s treatment options will never be enough. Gene therapy is a transformative approach, potentially benefiting more patients.”

VTX-803 and VTX-802 are two proprietary AAV gene therapy programs of Vivet currently being evaluated in preclinical studies for progressive familial intrahepatic cholestasis (PFIC), subtypes 3 and 2. It is thought that successful correction by gene therapy of the defective MDR3 transporter and bile salt export pump (BSEP) functions for PFIC3 and PFIC2, respectively, may ultimately provide a cure for patients living with these rare liver diseases. Such an approach carries the potential to overcome the main limitations of current standard of care for PFIC3 and PFIC2. It may provide long-lasting benefits by restoring physiological bile secretion and preventing severe hepatic complications of the diseases and outweighing its related significant costs.

Vivet has received Orphan Drug Designation for VTX-803 by the U.S. Food and Drug Administration (FDA) and the European Medicines Agency (EMA). Additionally, preclinical proof-of-concept studies highlighting VTX-803 were published in Nature Communications in 2019. The data demonstrated sustained and significant reversal of PFIC3 disease biomarkers in a model of PFIC3.

Mirum Pharmaceuticals, Inc. is a clinical-stage biopharmaceutical company focused on the development and commercialization of a late-stage pipeline of novel therapies for debilitating liver diseases. Mirum’s lead product candidate, maralixibat, is an investigational oral drug in development for Alagille syndrome (ALGS), progressive familial intrahepatic cholestasis (PFIC), and biliary atresia. Mirum has submitted an NDA for maralixibat in the treatment of cholestatic pruritus in patients with ALGS. The NDA has been accepted for priority review by the FDA with a PDUFA action date of September 29, 2021. Additionally, Mirum’s marketing authorization application for the treatment of pediatric patients with PFIC2 has been accepted for review (validated) by the European Medicines Agency. Mirum is also developing volixibat, also an oral ASBT-inhibitor, in primary sclerosing cholangitis, intrahepatic cholestasis of pregnancy, and primary biliary cholangitis. For more information, visit MirumPharma.com.

To augment its pipeline in cholestatic liver disease, Mirum has acquired the exclusive option to develop and commercialize VTX-803 and VTX-802 for PFIC3 and PFIC2, respectively, from Vivet Therapeutics, following preclinical evaluation and IND/CTA-enabling studies.

Vivet is building a diversified gene therapy pipeline based on novel recombinant adeno-associated virus (rAAV) technologies developed through its partnerships with, and exclusive licenses from, the Fundación para la Investigación Médica Aplicada (FIMA), a not-for-profit foundation at the Centro de Investigación Medica Aplicada (CIMA), University of Navarra based in Pamplona, Spain.

Vivet’s lead program, VTX-801, currently under IND clinical development with the GATEWAY clinical trial, is a novel investigational gene therapy for Wilson disease which has been granted Orphan Drug Designation (ODD) by the Food and Drug Administration (FDA) and the European Commission (EC). This rare genetic disorder is caused by mutations in the gene encoding the ATP7B protein, which reduces the ability of the liver and other tissues to regulate copper levels causing severe hepatic damages, neurologic symptoms and potentially death.

Progressive familial intrahepatic cholestasis (PFIC) is a rare genetic disorder that causes progressive liver disease typically leading to liver failure. In people with PFIC, liver cells are less able to secrete bile. The resulting buildup of bile causes liver disease in affected individuals. Signs and symptoms of PFIC typically begin in infancy. Patients experience severe itching, jaundice, failure to grow at the expected rate (failure to thrive), and an increasing inability of the liver to function (liver failure). The disease is estimated to affect one in every 50,000 to 100,000 births in the United States and Europe. Six types of PFIC have been genetically identified, all of which are similarly characterized by impaired bile flow and progressive liver disease The PFIC2 patient population accounts for approximately 60% of the PFIC patient population. PFIC2 is caused by a mutation in the ABCB11 gene, which normally encodes a bile salt export pump protein that moves bile acids out of the liver. 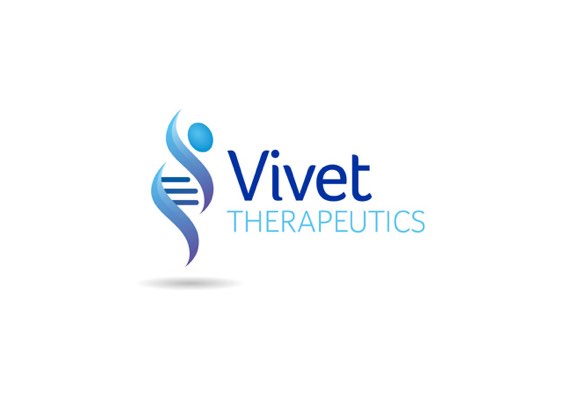