Michael Pehl has over 25 years of international biotechnology and oncology leadership experience in both the US and Europe. He joins Adcendo from GEMoaB, where he served as CEO and led the recent formation and launch of a globally leading allogeneic CAR-T company together with Blackstone Life Sciences and Intellia Therapeutics. Prior to this, he was CEO of Immunomedics Inc., leading the development of sacituzumab govitecan in metastatic triple negative breast cancer, which was approved in the U.S. in 2020. Immunomedics was acquired by Gilead in 2020 for $21 billion. Previously, Michael Pehl was President of Oncology at Celgene, responsible for the global commercial, clinical development, medical strategy and operations. His responsibilities included overseeing global clinical programs and commercial launches of several drugs including Lenalidomide (Revlimid®), Pomalidomide (Pomalyst®; Imnovid®), Enasidenib (IDHIFA®), Nab-paclitaxel (Abraxane) and Luspatercept (Reblozyl®). Prior to this he held commercial leadership roles in Oncology and Nephrology at Amgen.

John Haurum, Chairman of the Board of Adcendo, said: “We are delighted to welcome Michael to Adcendo. This comes at a critical inflection point in Adcendo’s development and we are very pleased to have someone with such a unique blend of proven scientific and commercial experience, including taking drugs from bench to market, to build on the company’s momentum and help maximize the potential of our unique biologic insights and novel ADCs.”

Michael Pehl, Chief Executive Officer of Adcendo, added: “I am incredibly excited to join Adcendo and help advancing our ADCs into the next wave of development. The company has a unique scientific understanding of its novel targets and I have been genuinely impressed by the progress achieved in such a short period since inception. I look forward to working with Henrik, the excellent team in Copenhagen and our Board to unlock the full potential of our science and bring a pipeline of next generation ADCs to underserved cancer patients.”

These appointments follow the company’s recent EUR 51 million Series A round, which was one of the largest such financings for a Nordic biotech company. The company is working to bring the lead program targeting the novel cancer target uPARAP/Endo180 to proof of concept in patients. In addition to this program, Adcendo aims to build a pipeline of additional novel cancer targets ideally suited to ADC approaches.

Adcendo ApS, a spin-out from the University of Copenhagen and Rigshospitalet, is developing novel antibody-drug conjugates (ADCs) for treatment of cancers. It was founded in 2017 by scientists Niels Behrendt, Lars Henning Engelholm and Christoffer Nielsen from The Finsen Laboratory of Rigshospitalet and the University of Copenhagen, and Henrik Stage, a biotech-entrepreneur active in several biotech companies, and previously CEO/CFO of Santaris Pharma which was acquired by Roche in 2014.

In 2021, the company raised its Series A round of EUR 51 million, which was one of the largest such financings for a Nordic biotech company. Investors include Novo Holdings, Ysios Capital, RA Capital Management, HealthCap, Gilde Healthcare and BioInnovation Institute.

ADCs are a class of highly potent biopharmaceutical drug composed of an antibody linked, via a chemical linker, to a biologically active drug or cytotoxic compound. ADCs combine the unique and very sensitive targeting capabilities of antibodies, with the potent effects of the conjugated cytotoxic drugs, allowing sensitive discrimination between healthy and cancer tissues.

uPARAP is a cell-surface receptor involved in collagen degradation and was cloned and characterized by the scientific founders. The receptor has a restricted expression profile in healthy individuals but is highly upregulated on the tumor cells of several cancer forms, including soft-tissue sarcoma, osteosarcoma, glioblastoma multiforme (GBM), triple-negative breast cancers and certain leukemias. Additionally, uPARAP is found to be upregulated in the stromal cell compartment of several larger tumor indications, including breast-, colon- and prostate cancers. uPARAP is a recycling endocytic receptor, which mechanistically provides an extraordinarily efficient entry point into uPARAP-expressing cells. Hereby the target may be used as a cancer-associated “drug internalization pump” to bring the drug to the cancers. Adcendo is first to demonstrate targeted drug delivery via uPARAP. 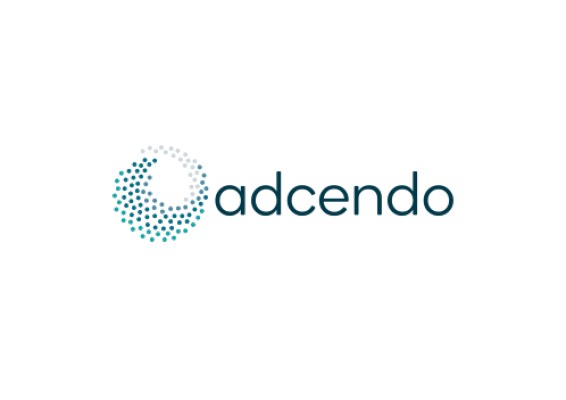