Expansion of the Scientific Advisory Board with appointments of leading experts in preclinical, translational and clinical drug development

Barcelona, Spain, 21 October 2021: ONA Therapeutics (“ONA”), which is focused on the discovery and development of therapeutic biologics targeting lipid metabolism in order to treat advanced cancer, announces today the appointment of Dr Haijun Sun as Chief Scientific Officer (CSO) and several appointments to its Scientific Advisory Board (SAB).

Dr Haijun Sun brings over 20 years of industry experience spanning broad aspects of drug discovery & development, particularly targeting therapies against tumors and the tumor microenvironment. He joins ONA from GSK where, as Head of Antibody Pharmacology, he led a team of assay biologists and immunologists advancing over twenty antibody discovery programs in oncology, inflammatory, neurological, and infectious diseases. He previously held senior leadership positions at various biotech companies in Europe and the US including Vice President of Biological Products at F-star Biotechnology, building a multi-asset portfolio of novel bispecific antibodies with a focus on immuno-oncology. His other leadership roles include Director of Portfolio Management at ImClone Systems and Vice President of Antibody Development at Tizona Therapeutics.

Dr Haijun Sun, Chief Scientific Officer of ONA Therapeutics, said: “I am very pleased to join ONA Therapeutics, a company with an innovative approach primarily targeting advanced cancer. I am excited to contribute to the development of potentially significant treatments for advanced oncologic diseases. Over the past year ONA has made immense progress and I look forward to working with the team to maximize the full potential of the pipeline.”

Valerie Vanhooren, Chief Executive Officer and Co-Founder of ONA Therapeutics, said: “We are delighted and honored to welcome world-class talent with vast experience to our senior scientific leadership team as we accelerate the development of novel therapies against advanced cancer. By strengthening the team with Haijun’s extensive translational knowledge in oncology combined with an international and diverse Scientific Advisory Board, we are in a strong position as we advance to the next stage of growth.”

ONA’s Scientific Advisory Board includes world-leading scientific and pharmaceutical industry experts from the US and Europe:

Pamela Klein is the Founder and Principal at PMK BioResearch which offers strategic advice to the biotech industry. Dr Klein is Chief Medical Officer at Olema Oncology, and a member of the Board of Directors of argenx, Patrys, I-Mab Biopharma and Jiya Acquisition Corporation as well as a member of several Scientific Advisory Boards. She was Vice President of Development at Genentech where she led the development of a therapeutics portfolio including trastuzumab, rituximab, pertuzumab and erlotinib. Prior to that, she was Co-Founder and Research Director at the National Cancer Institute-Navy Breast Care Center.

Cédric Blanpain is a Professor Investigator and Director of the Stem Cells and Cancer Lab at the Université Libre de Bruxelles. His research group uses lineage-tracing approaches to study the role of stem cells during development, homeostasis and cancer. He founded Chromacure, a company that develops first-in-class small molecule therapeutics for cancer, and is a member of the European Molecular Biology Organization (EMBO), the Belgian Royal Academy of Medicine and the Academia Europaea.

Sean J. Morrison is the Director of the Children’s Medical Center Research Institute at UT Southwestern and a Howard Hughes Medical Institute investigator, where his research group is focused in understanding stems cells in cancer. Dr Morrison completed his PhD in immunology at Stanford University and a postdoctoral fellowship in neurobiology at Caltech. Dr Morrison is a member of the US National Academy of Science and the National Academy of Medicine, and is a former President of the International Society for Stem Cell Research.

Josep Tabernero is Head of the Medical Oncology Department at the Vall d’Hebron University Hospital, Director of the Vall d’Hebron Institute of Oncology and Professor of Medicine at UVic – Universitat Central de Catalunya. He has been Principal Investigator of several Phase I pharmacodynamic studies and translational projects of tumor- and immune- directed therapies. His research aims to develop more effective personalized cancer medicines for patients displaying genetic lesions or pathway dysregulation. Dr Tabernero serves on the Editorial Boards of various top tier journals including Annals of Oncology, European Society of Medical Oncology (ESMO), Open, Cancer Discovery, Clinical Cancer Research, Cancer Treatment Reviews, and Nature Reviews Clinical Oncology. He was President of ESMO and currently serves on its Public Policy and Cancer Medicines Committees.

Mark Throsby is CSO of Gadeta and serves as a non-executive member of ONA’s Supervisory Board. He obtained his PhD in Immunology from Monash University Melbourne, followed by a research fellowship at CNRS. He started his industry career at Crucell where he worked in various roles, notably as Director of Antibody Discovery. In 2008 he joined Merus and served as CSO until 2020 leading all its research activities. Dr Throsby is an expert in antibody engineering and immunology, an inventor of six drugs that have reached clinical testing, with more than a dozen granted patents and over 40 peer-reviewed publications.

Salvador Aznar Benitah, ONA’s scientific co-founder, is a Group Leader at IRB Barcelona. He obtained his PhD in Molecular Oncology at the Biomedical Research Institute in Madrid and worked as a postdoctoral fellow at Cancer Research UK, following which he established his own lab at the Center for Genomic Regulation as a Junior ICREA researcher. He is the recipient of several prizes including Banc Sabadell Award in Biomedicine, Doctor Diz Pintado Award in Biomedicine, Beug Foundation Metastasis Award, City of Barcelona Award in Life Sciences, National Award for Life Sciences, the Foundation Serra Award in Life Sciences, the Severo Ochoa Award, and the Lilliane Bettencourt Award. In 2018, he was appointed as a member of EMBO and received an Advanced European Research Council grant. His current research aims to identify and characterize metastatic-initiating cells, especially the role of lipid metabolic reprogramming in malignancy. He has several peer- reviewed publications in high impact journals such as Nature and Cell.

ONA Therapeutics, with headquarters in the Barcelona Science Park (PCB), Barcelona, Spain, is a biotech company that specializes in the discovery and development of therapeutic biologics targeting lipid metabolism in order to treat advanced cancer. The company was founded in 2019 by Salvador Aznar-Benitah and Valerie Vanhooren, as a spin-off from ICREA and Advanced Studies, and the IRB Institute for Research in Biomedicine. In 2020 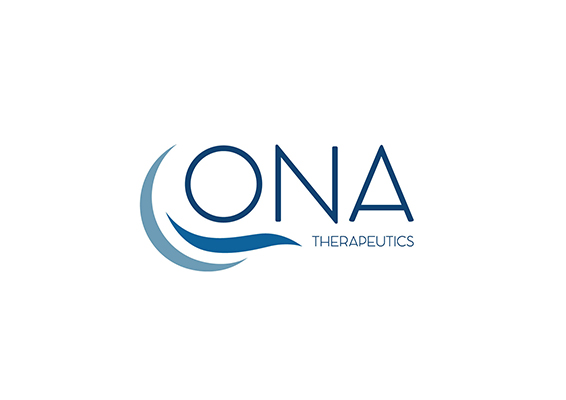 ONA Therapeutics appoints Mark Throsby to its Board of Directors

Dr. Mark Throsby is a biopharmaceutical executive with extensive research experience and a track record of innovation and execution.

ONA Therapeutics will take the lead in the LIPOLOGIC program. 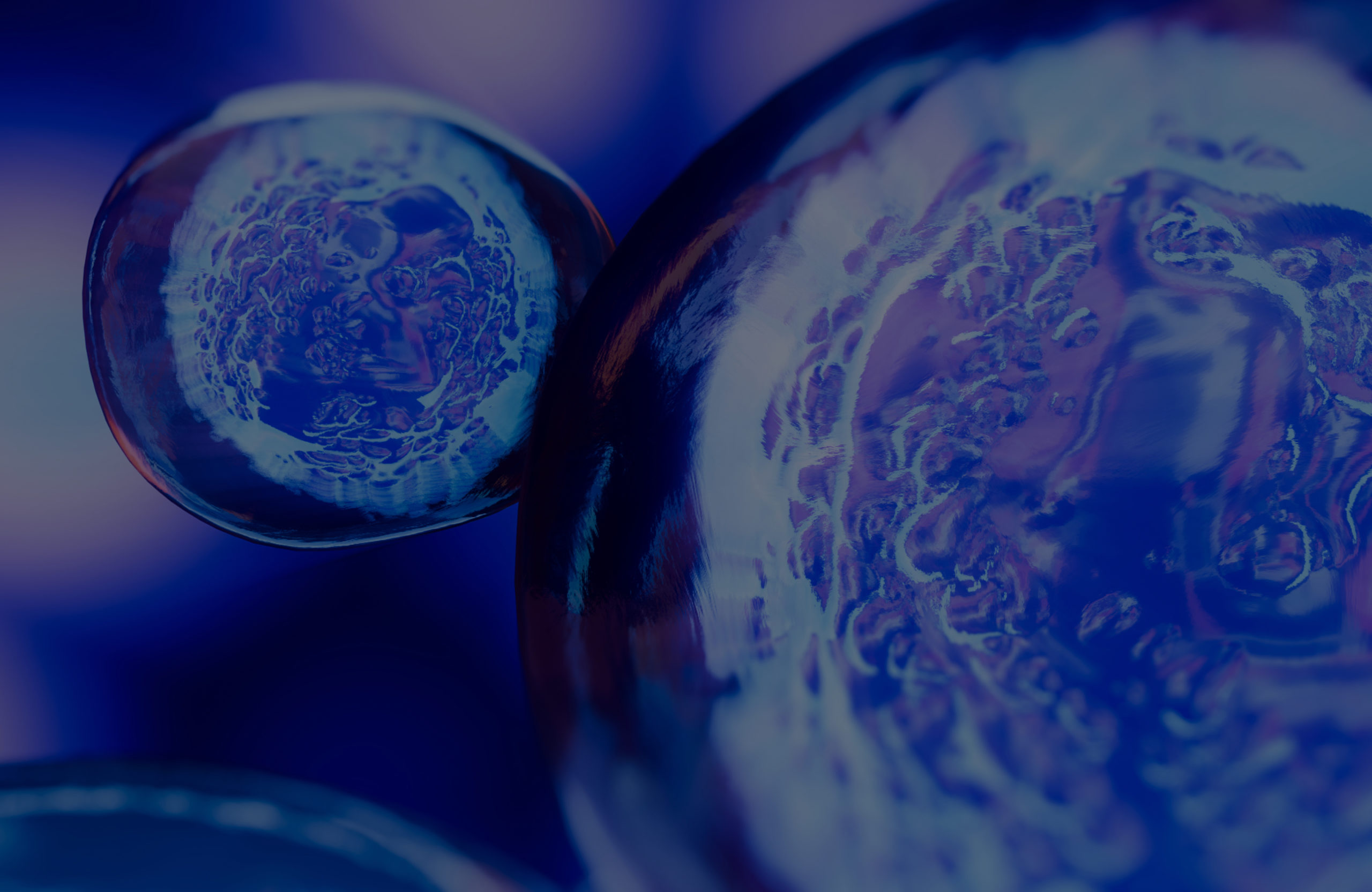