Synendos is developing first-in-class inhibitors that modulate a newly identified drug target in the body’s endocannabinoid system, a key neuromodulator system in the CNS, enabling restoration of endogenous cannabinoid (endocannabinoids) levels that are dysregulated in certain pathological conditions. The newly formed SAB will guide and support Synendos as it continues to develop its novel small molecules and identify applications across multiple CNS indications.

The Company announced a Series A financing raising CHF 20 million in November 2020 which was extended to CHF 24 million in April 2021. Synendos’ preclinical program is on track with proceeds from the financing being used to complete preclinical development and advance Synendos’ lead drug candidate SYT-510 through safety and proof-of-concept clinical studies in relevant and well-defined disease indications. Synendos is currently undertaking the necessary package of work in support of an Investigational New Drug (IND) and Clinical Trial Application (CTA) filing to support these clinical studies. The Company has recently expanded its team with three relevant functions: Head of Preclinical and Translational Neuropharmacology; Head of Translational Medicine; and Product Development Manager.

Commenting on the Scientific Advisory Board, Dr. Andrea Chicca, Co-founder and CEO of Synendos Therapeutics, said:

“The formation of a Scientific Advisory Board marks a significant step for Synendos. We are delighted to have brought together a group of highly accomplished and experienced individuals whose knowledge and expertise will provide assured guidance as we advance our novel technology, targeting the brain’s natural endocannabinoid system, to address unmet needs in the treatment of anxiety, mood and stress- related disorders.”

The members of Synendos’ Scientific Advisory Board are:

Professor Karl-Heinz Altmann is a Professor of Pharmaceutical Biology and Chairman of the Department of Chemistry and Applied Biosciences at the Swiss Federal Institute of Technology (ETH) in Zurich. Karl-Heinz is a co-founder of Tolremo Therapeutics and serves on a number of scientific advisory boards and as consultant to various pharmaceutical companies. He was Project Leader, Senior Chemistry Expert and Global Head of Chemistry at the Novartis Institutes for Bio Medical Research from 1997 to 2003. He was awarded the Novartis Leading Scientist award in 1997 and the Paul-Ehrlich Prize (Chemistry) of the Société de Chimie Thérapeutique, France, in 2014. Karl-Heinz has been an academic collaborator on SERI development (1st generation).

Professor Anahita Bassir Nia is an Addiction Psychiatrist and Assistant Professor of Psychiatry at Yale School of Medicine, Connecticut, USA. Anahita’s research is mainly focused on the endocannabinoid system in relation to stress, trauma and substance use disorders. She is associated with the National Centers for Post-Traumatic Stress Disorder in the USA, and is a member of the American Academy of Addiction Psychiatry (Cannabis Interest Committee); the American Society of Clinical Psychopharmacology; the Society of Biological Psychiatry; and the American Psychiatric Association.

Dr. Graeme Bilbe is involved in advisory roles to public health institutions, universities and commercial organizations. He is former Research and Development Director and current Scientific Advisor at the Drugs for Neglected Diseases initiative (DNDi), an international non-profit organisation developing safe, effective and affordable treatments for the most neglected patients. He was Global Head of Neuroscience Discovery at Novartis where he was tasked with the discovery and early development of proof-of-concept of novel treatments for brain diseases. He served as Head of Research for the Neuroscience Franchise at Novartis and chaired the Neuroscience Disease Area Decision Board where, during his leadership, new therapies for Alzheimer’s disease and an orally-active drug for multiple sclerosis, Gilenya, were registered. Graeme has great experience as Chairman of Scientific Advisory Boards for biotechnology companies, charities, funding agencies and university/company consortia.

Professor Jürg Gertsch is Deputy and Co-director of the Institute of Biochemistry and Molecular Medicine at the University of Bern and Full Professor of Biochemistry and Pharmaceutical Biology. Instrumental in the design and development of SERIs, he co-founded Synendos and identified the SERIs drug target. Jürg is on the management board of NCCR TransCure, where he promotes Knowledge and Technology Transfer (KTT) activities.

Professor Kirsten Müller-Vahl is Professor of Psychiatry at the Department of Psychiatry, Social Psychiatry and Psychotherapy at the Hannover Medical School, Germany (MHH). A specialist in both neurology and adult psychiatry, she has been Head of the Tourette’s Syndrome (TS) outpatient department at MHH since 1995. Kirsten is President of the European Society of the Study of Tourette’s Syndrome (ESSTS) and Chairwoman of both the National German Association for Cannabinoid Medicine (ACM) and the International Association for Cannabinoid Medicines (IACM). Kirsten has published more than 160 scientific articles and is a prolific author of guidelines for the treatment of TS in both the EU and US. She has been involved in all major TS clinical trials with cannabis, cannabinoids, and other endocannabinoid system modulators.

Synendos Therapeutics is a biopharmaceutical company developing a new class of small molecules aimed at restoring the natural functioning of the endocannabinoid system in the brain with the potential for treating a wide range of Central Nervous System (CNS) disorders. Incorporated in April 2019, Synendos Therapeutics was spun out of the University of Bern and the drug discovery consortium, NCCR TransCure. The Company’s novel technology stems from 10 years of solid research on endocannabinoid biology and pharmacology carried out at the University of Bern by co-founders, Professor Jürg Gertsch and Dr. Andrea Chicca, and centres around the development of selective endocannabinoid reuptake inhibitors (SERIs). SERIs act by increasing the levels of endogenous cannabinoids (endocannabinoids) in a self-limiting mode of action, representing an innovative and potentially safer therapeutic approach to CNS disorders, associated with anxiety, mood and stress- related disorders, than is currently available. www.synendos.com;Twitter @Synendos

SERIs are first-in-class endocannabinoid system modulators that mildly and selectively increase endogenous cannabinoids (endocannabinoids) levels by inhibiting a newly identified drug target. SERIs act with a self-limiting mechanism of action that enables a fine-tuned modulation of synaptic transmission in major neuronal circuits in the CNS. The new mode of action of SERIs represents an innovative and potentially safer therapeutic approach to CNS disorders associated with anxiety, 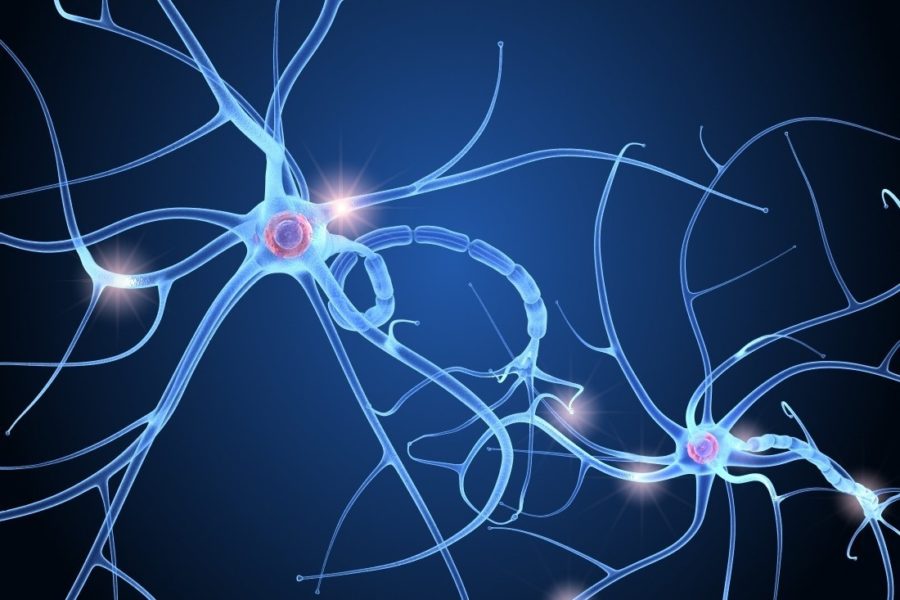