EINDHOVEN, The Netherlands – October 7, 2022 – Xeltis, a medtech company developing the most advanced polymer-based restorative cardiovascular devices, today announced very promising preliminary efficacy and safety results from one of the centers participating in the AXESS first-in-human (FIH) clinical trial of its restorative hemodialysis cardiovascular access graft, aXess. Xeltis also reported
that enrolment in the trial is now complete, with 20 patients successfully implanted with the aXess graft.

During hemodialysis, the aXess device demonstrated 100 percent cumulative primary and secondary patency, with an average follow-up time of 5.8 months and no device-related complications in patients implanted by Professor Matteo Tozzi and his team at University of Insubria in Varese (Italy), one of the six European sites participating in the trial. These data will be presented at the Porto Vascular Congress (PVC) organized by the European Society of Vascular Surgery (ESVS) on October 7 and 8. To date, aXess has enabled more than 1200 hemodialysis sessions in just over a year as part of the AXESS FIH trial, of which 60 sessions in Varese.

“Our initial clinical experience with aXess is very promising, from implanting to puncturing, and the data on functionality observed so far very encouraging,” commented Professor Tozzi.

“An access graft able to combine the benefits of immediate hemodialysis start – typical of ePTFE grafts – with a longer durability and reduced complications normally enabled by a fistula, may potentially change the treatment paradigm for vascular access in hemodialysis,” said Professor Mauro Gargiulo, President of the ESVS at PVC, who will be leading the next phase of aXess’ clinical investigations. “Particularly for patients who are unsuitable for fistula creation, a longer lasting alternative option to ePTFE grafts is certainly an option worth exploring.”

Xeltis’ aXess is a synthetic, bio-restorative vessel graft device that enables early puncturing needed to connect to the hemodialysis machine. Unlike any currently available options, aXess is also designed to turn into a patient’s own living blood vessel, like an arteriovenous fistula, as its porous structure gets gradually colonized by patient’s own tissue cells. According to the experience in Varese, aXess improved compliance over time, which may result from new tissue forming in the device.

About Hemodialysis
Chronic Kidney Disease (CKD) affects nine percent of the population, with growing prevalence due to cardiovascular disease (diabetes, hypertension, obesity).1 Today, CKD accounts for more deaths than breast and prostate cancers combined. Each year, three million patients with chronic kidney disease need hemodialysis and require vascular access to connect to a dialysis machine. Today, patients with kidney failure may wait for months, or in vain, for fistula maturation to access dialysis or use synthetic grafts that have limited durability and are prone to clotting and infections.2,3 Up to sixty percent of fistulas fail to mature within six months or take longer to heal.4

About the aXess Graft
The Xeltis aXess graft is a restorative, synthetic, biocompatible and absorbable electrospun blood vessel for arteriovenous hemodialysis access, overtime turning into a living vessel made of patient’s own tissue. aXess combines a potentially longer lasting and readily available vascular access of suitable dialysis size, turned into a living, natural graft made of patient’s own tissue. In preclinical trials, aXess has been shown to successfully turn into a functional, living 20 cm long graft in one year.5 The preclinical trial data also showed improved healing compared to commercially available synthetic grafts ePTFE.3

About the AXESS FIH clinical trial
The AXESS trial is a prospective, single arm, non-randomized, multi-center first-in-human feasibility study to evaluate the preliminary safety and performance of the Xeltis hemodialysis access graft in adult patients with end-stage renal disease, who plan to undergo hemodialysis for at least six months and are deemed unsuitable for fistula creation. The trial is ongoing in six implanting centers in Europe, based in Belgium, Italy, Latvia and Lithuania.

About Xeltis
A clinical-stage medical device company, Xeltis has developed the most advanced polymer-based restorative devices for cardiovascular treatment. Xeltis’ restorative devices include implantable pulmonary heart valves, currently in a pivotal clinical study, as well as small diameter blood vessels for hemodialysis vascular access (aXess) and for coronary artery bypass graft (CABG) surgery (XABG).
Xeltis was formed through the merger of two Dutch/Swiss university spin-offs and it currently has operations in The Netherlands and in the USA. Xeltis’ investors include venture capital funds EQT Life Sciences, Kurma Partners, VI Partners and Ysios Capital, as well as the Chinese Grand Pharma Group and a number of private investors. The company recently secured a €15 million financing from the European Investment Bank and a €15 million funding from the European Innovation Council Accelerator (EIC) set up by the European Commission. 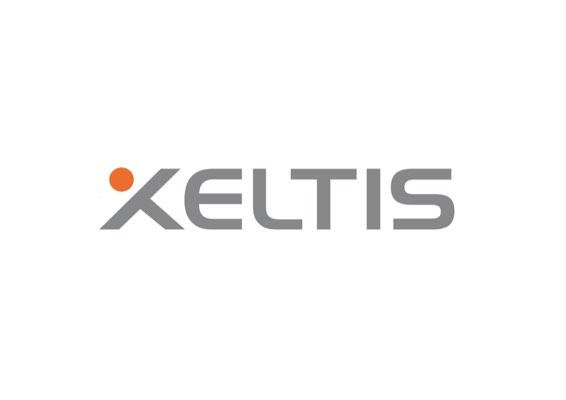 The aXess graft turns into a living blood vessel, promising an unprecedented, immediate and durable solution for hemodialysis patients